Peak week! Oh man, the race is only two weeks away now. Eep.

Didn't really take many pictures this week, so the short version of what I did:

Monday: 46k bike ride with Sam and Richard. Flat and easy (yes, it is possible to ride a flat and easy route around here - who knew?).

Tuesday: Supposed to be intervals, but HAHAHAHAHA. No. I was still recovering from the duathlon. 9k easy instead.

Wednesday: Intervals, except I kept hitting the wrong buttons on my watch. So it was more of a fartlek type workout. At any rate I put in a few decent sub 5 km, so it counts. 10k total.

In the evening, after throwing an epic adult temper tantrum about the idiotic beginning of the year school forms, a 35k ride to burn off some rage. Worked nicely!

Friday: Rest. Also the day I was a very hungry caterpillar. Steak fajitas for dinner finally filled the void.

Saturday: MEC Burlington race 4 - 15k. The idea here was to use this as a long tempo. I warmed up for 2k, then ran the 15k at comfortably hard effort (I don't show my paces on my watch during races and run by feel instead), 3k cooldown for 20k total. I was very curious what my final pace would end up being. 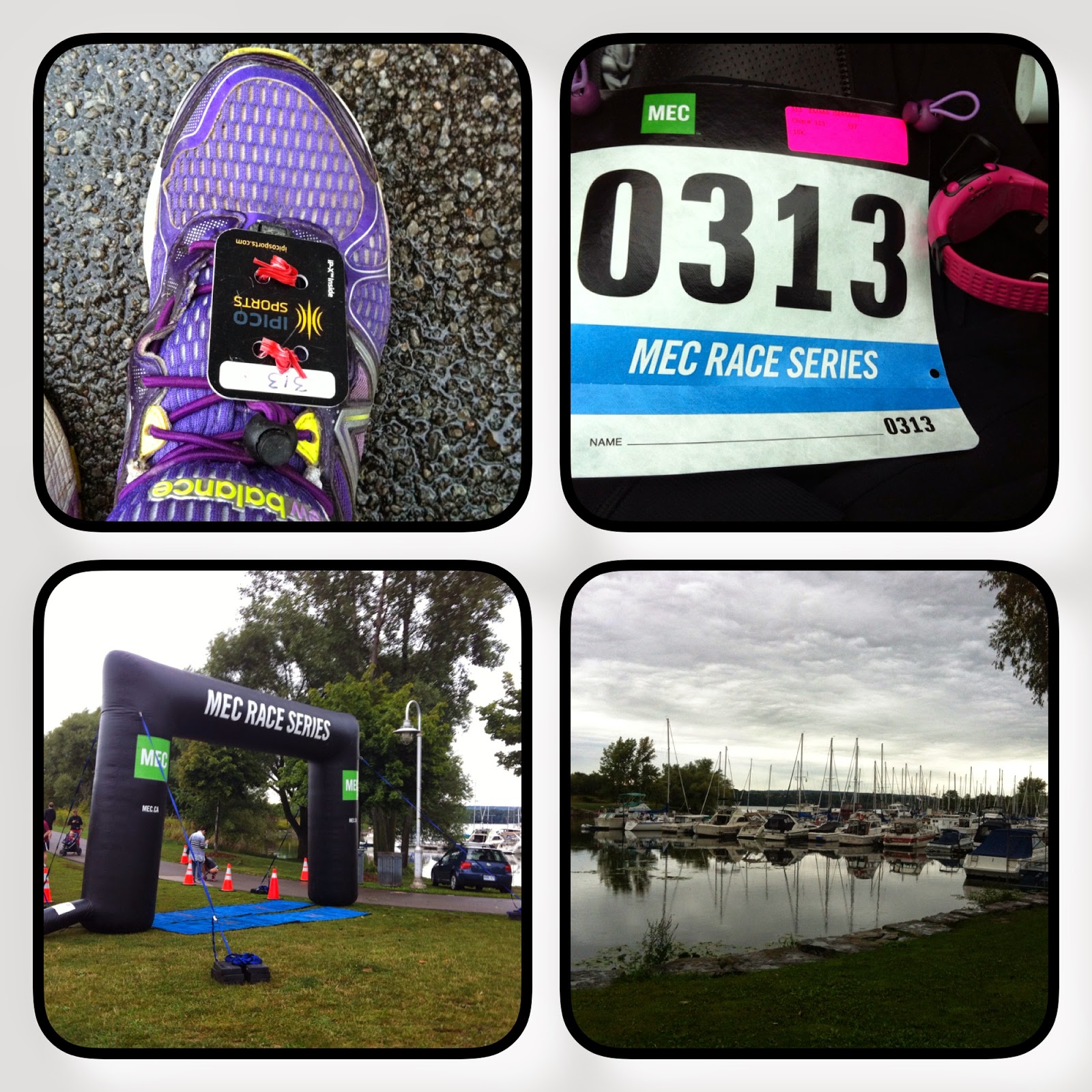 The race started really well and I was feeling pretty good as we did the first out and back section (the route consisted of a short out and back to the south, then a longer out and back to the north). But after passing the finish and starting the second out and back, things fell apart a bit. It got a touch windy, but the main problem was I really, really should have used the bathroom once more before the race. By about 8k I really had to pee, and by the time I reached the turnaround towards the finish it was clear my options were find a portapotty or, well, pee my pants (skirt). Or duck into the woods, but that was the section of the path with poison ivy warning signs, and oh hell no on that. Fortunately I'm quite familiar with the path used for this race, since I often run it at lunch, and I spent most of km 11 anticipating the porta potty I knew would be coming up soon and crossing my fingers it would be empty. It was.

If you take out the minute spent in the porta potty, I hit my goal half marathon pace pretty much perfectly. Could I have run another 6.1 km at that pace? I don't know, maybe. I was pretty tired by the end of the 15! But on race day I'll be well rested and carbed up, and hopefully won't spend half the race needing to pee, so I think I'm good shape for that sub 1:50 half attempt.

Oh, and I also completely forgot to gel during this race. I think that might have helped with a bit more energy in the last few km, plus I wanted to practice gelling and running. But it just totally slipped my mind. Oops.

The MEC race series is great, and I highly recommend it. Well organized, nice routes, chip timed, no frills, but you can't beat the price. Plus your race bib is good for 10% off in the store after the race, and that makes it a great opportunity to stock up on things like gels!

Sunday: Sore legs! Definitely time to spin them out on the bike. I love a solid ride after a hard run effort; it seems to make the recovery go faster.

It was such a gorgeous day I ended up riding about 20k more than scheduled, for 59k total. Just fantastic. Even if there were some sneaky unanticipated hills.

The extra bike time meant I was only 7k shy of 200k total for the week, so naturally later in the afternoon I had to tack on an easy run to hit the double century. Obviously. I didn't have a choice! Ran 8k. It felt good to really get to that exhausted, I really can't do any more training and must have a rest day state - first time I've done that this training cycle, as I haven't pushed my long runs up to that 24/25k mark like I have in the past.