Niagara Falls International Half Marathon race report & what comes next

So that didn't really go as planned.

It was a little windy for the half marathon. And to be honest there's not much more to say about it than that - my legs didn't have the pace in them, and I finished in 1:55:08, well off my goal time and PB for the half distance. But given how little running I did after Barrelman, and the weather conditions, well, I'm reasonably satisfied with the whole thing.

And hey, we had a really amazing weekend!

---
So that's pretty much a wrap on 2015. We have the Egg Nog Jog in a few weeks, but that's a fun thing, not a goal race. So I'm going into recovery mode (so far 4 days off completely and going for a 5th!) and then base building.


Why the base building? Because the plans for 2016 are starting to come together, and that base is going to be VERY important. 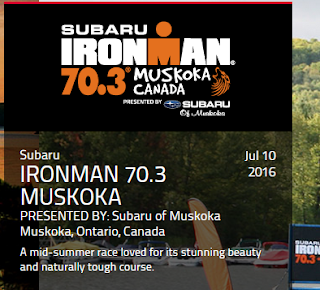 Yes, I signed up to tackle the beast. Once. Not the full Ironman. The peer pressure was getting intense on this one! I'm really, really excited about this. Hopefully I can get out there in the spring to ride the course in advance so I know exactly what I've gotten myself into!

Tangentially related, I changed the name of my new bike. Shut up, it's my bike, I can do what I want. I had one of those moments on one of our few rides together so far where I just knew I had the name wrong. Her name is now Bad Wolf (yes all my bikes are female), which for those of you with less nerd cred than me, is a Dr. Who reference. And I think a bike named Bad Wolf is appropriate for tackling the beast for the first time! I may have to rewatch those episodes on the trainer this winter so she knows what she has to live up to (omnipotent reality warping abilities would come in handy. I'm just saying).

So now another few days of laziness, and then base building starts next week. Eyes on the prize this summer!
Posted by Emma at 12:33 PM