A bit of a birthday race for me, as some lovely friends paid for my race entry as a gift. Thanks guys!

I was not overly optimistic before the race: 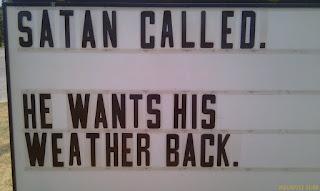 My plans/goals for this race changed substantially over the week leading up to it, as the weather forecast solidified into ‘so hot you’ll be lucky if you don’t spontaneously burst into flames in the full sun’. I have a long history of not running well in super hot and humid weather, so I gradually shifted my goals from ‘I’m going to rock this thing hard’ to ‘I’m just going to aim to finish in one piece and not get dehydrated’.

It’s called the Niagara triathlon, calling up images of the Falls and Clifton Hill and such, but it’s actually in Grimsby, which is a mere 25 minute drive from my house (‘Grimsby triathlon’ would be a much less sexy name). Practically my home town race! So no need to get up super early or rush out the door. Made it to the race at a reasonable time, got my stuff set up, and connected with a couple Iron Canucks teammates and a couple of lovely ladies I know via twitter (although I did manage to humiliate myself by saying hi to one of them without cluing in to who she actually was. I am awkward).

The lake was looking lovely, but wow did the swim course look long. It was already getting unbearably hot out so I was glad to squeeze myself into my wetsuit (even MORE fun than usual in high humidity!) and jump in to start warming up. The water felt great, and it gave me a chance to test my new toy’s open water swim mode (I have acquired a Garmin 920xt and oh man do I love this thing).

After warming up for a few hundred meters, it was time to tread water while I waited for my swim wave start. The in-water start was a new experience, and I liked it. I was able to line up towards the side (closer to the shore) and avoid the mayhem and craziness of the main pack. That did mean swimming a bit further, but that’s a small price to pay to not get kicked in the head.

I had probably one of my best open water swims yet in this race. I was calm, I was comfortable, my sighting was on target, I even caught a few feet here and there. By the end I was even passing some of the slower people from the previous wave! This race was looking up!

T1 was fine, other than the watch mishap. But I got out of my wetsuit without too much struggle, and out onto the bike course.

The first half of the bike was all smiles and sunshine and speed and awesomeness. Just doing what I do best, passing people and loving life.

Someday I will learn that when the first half of an out and back bike feels awesome?

You probably have a tailwind.

And so reality smacked me in the face immediately on turning around.  Please enjoy this graph of my average speed:

The back half of the bike was pretty un-fun. Just aiming to get it done, knowing that what awaited me at the end was going to be a hot and miserable 7k run.

T2 went fine. Can’t complain. Not really worrying about transition times this year, focusing more on just getting through them without doing anything silly, like leaving transition with my bike helmet still on. Surprised that one is so close to being under a minute. Huh. Felt longer.

The run was the worst.

Usually when I run off the bike I’m thinking ‘boy I’m running slow’ and then I look at my watch and see I’m actually running surprisingly fast.

I actually was slow, right from the start. Maybe I psyched myself out with the whole running in the heat thing. Maybe I cooked my legs too much battling the headwind on the bike. And have I mentioned how INSANELY HOT AND HUMID IT WAS?? Maybe it was a combination of all that stuff. But the run was miserable right from step one. It just got hotter and hotter and my only goal was to make it to the next aid station, where I could douse myself with water and gulp some Gatorade and then re-start the struggle over again.

So many people running past me. Didn’t care. Not one little bit.

After about one thousand years of running, finally my watch showed 3.5k, but we hadn’t hit the turnaround yet.

I started wondering if I was remembering the race distance wrong – was it 7k? Or 7.5? Because I was pretty sure if it turned out to be 7.5k I was going to curl up in a ball on the side of the road and cry and then melt into an overheated puddle of tri kit and sadness.

But of course it was 7k – the route is kind of an out and back, but also sort of a loop so the distance from the turnaround back to the finish was shorter. And also featured my favourite Grimsby resident spraying us down with a hose. You da real MVP, Man With Hose.

Stumbled across the finish line. Meh. Not my most enjoyable race experience, that’s for sure.

Pretty much went straight from the finish line back down to the lake and jumped in.

And the lake ‘ice bath’ may have helped with the post-race recovery, because by the time I got home after the race I was feeling totally fine. And I had absolutely no post-race soreness or tiredness or anything. Which is…almost disappointing, since I was hoping this race was going to be an all-out effort and instead it ended up a kind of miserable slog.

But hey, it’s another tri in the books, and I got a really terrific swim out of it from which I can draw some confidence. And I’m going to chalk up the adequate bike and shitty run to the weather and move on to the next thing. Although I should probably consider some heat acclimation before Goderich, as there’s a good chance that is going to be a hot run too…
Posted by Emma at 8:54 PM